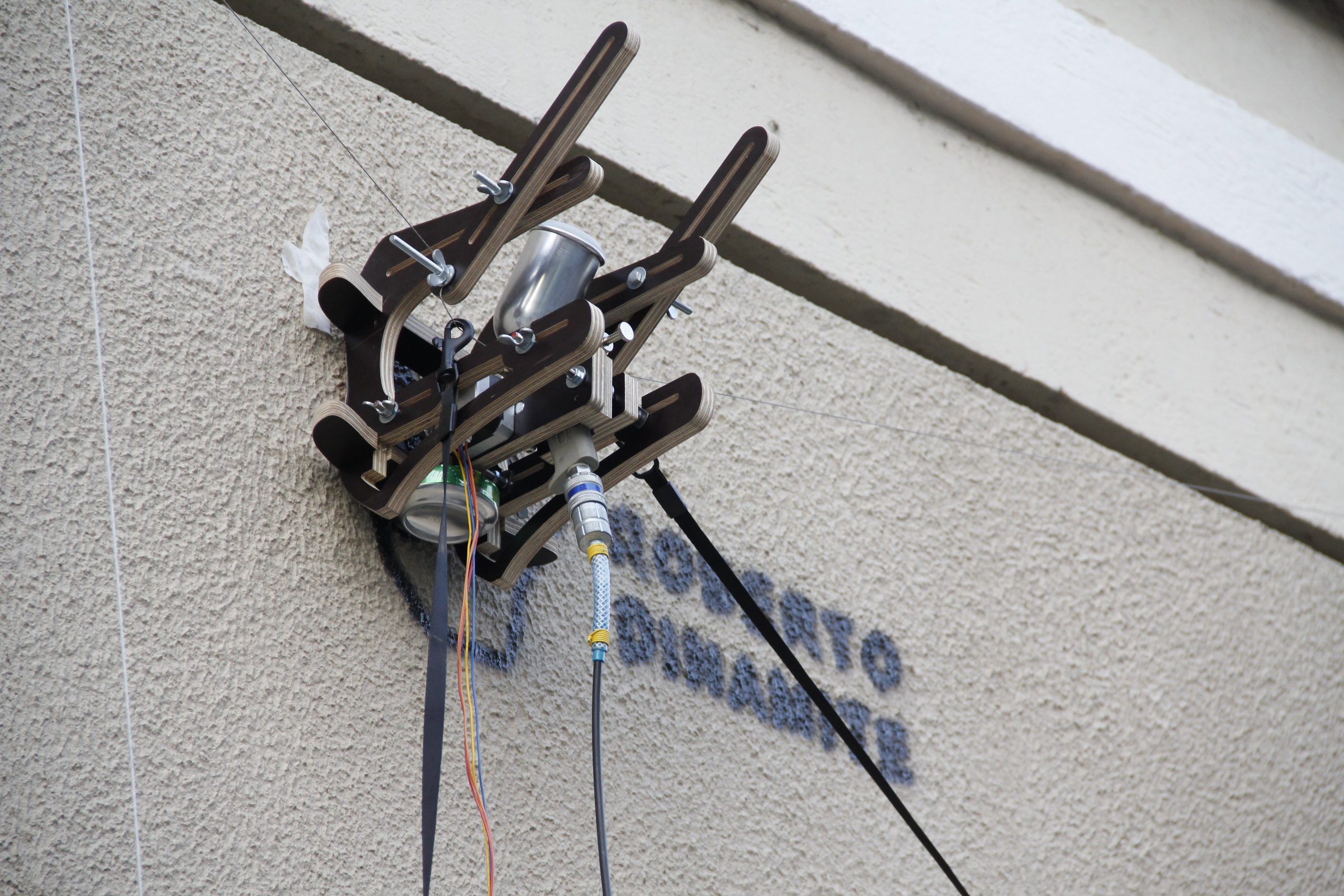 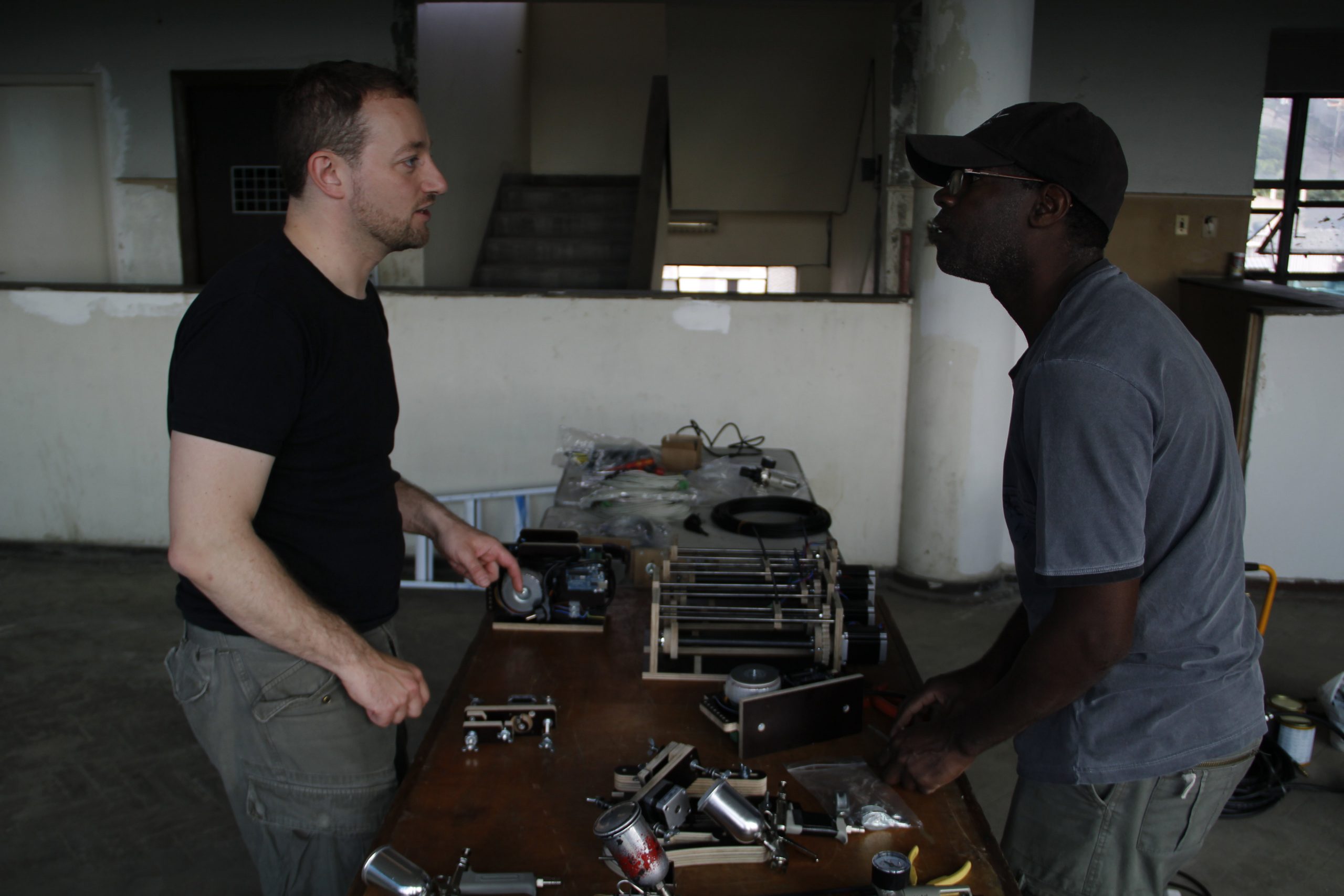 We teamed up with a Brazilian guerilla marketing company, Espalhe, to use the Giant Printer to paint the walls of the São Januário stadium with 1.923 handprints of the fans of Vasco da Gama football team.

You can read all about the story and the journey to Brazil here. The Giant Printer is a plotter device, hanging from two wires, which moves to an x,y coordinate to spray paint a surface, drawing based on information given to it by a vector file on a computer. The computer tells the motors in the printer where to move the printer to, and when to spray, allowing it to make a picture and move across the surface to draw it.

The Giant Printer has previously been used in Copenhagen for the 2006 Public Service Festival and the 2010 Venture Cup Software Finals. It has been completely re-imagined and re-designed since it’s inception in 2006 and it’s re-use in 2010 and has been produced on a CNC machine. 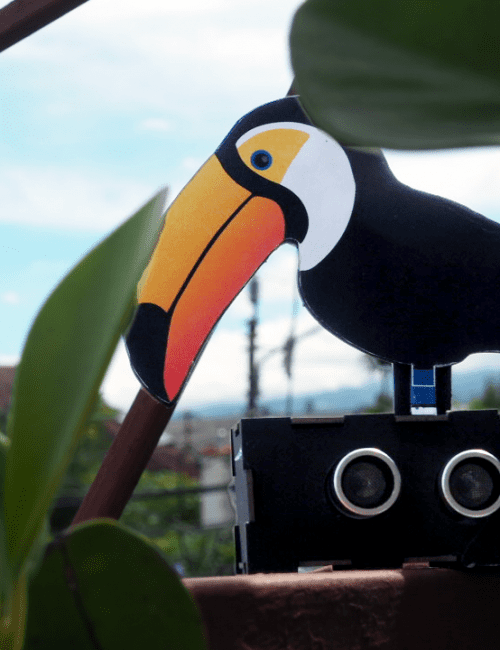 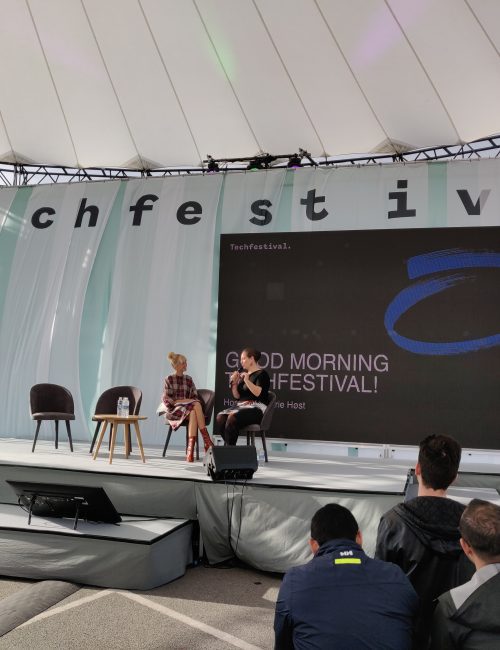 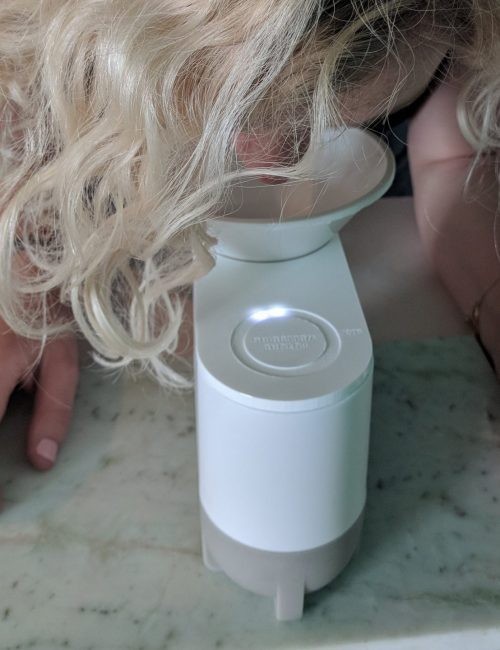